The Rybnik Power Station, which is part of the EDF Polska S.A. group, is the largest facility of this kind in Upper Silesia and one of the largest in Poland. The power plant is a plant that maintains a constant high availability factor, and the production process is complex and carries many risks. Due to this, the EDF group places very high requirements on all systems operating on this site, including the means of communication. The tender for the delivery of a digital communication system announced by EDF for the Rybnik branch imposed very high safety and reliability requirements on the bidders. The system was implemented by RADMOR as the main contractor and NOWATEL as the subcontractor.

The Rybnik Power Station, which is part of the EDF Polska S.A. group, is the largest facility of this kind in Upper Silesia and one of the largest in Poland. The power plant is a plant that maintains a constant high availability factor, and the production process is complex and carries many risks. Due to this, the EDF group places very high requirements on all systems operating on this site, including the means of communication. The tender EDF’s Rybnik branch was equipped with a system consisting of:
•    TETRA radio infrastructure, providing communication both above and under the ground,
•    users location tracking system: indoors, above ground, and underground,
•    dispatcher system which consists of 16 dispatching workstations,
•    Airbus radios – handhelds (intrinsically safe and normal), mobile, and stationary – equipped with additional audio accessories.
The installed systems and equipment provide connectivity throughout the plant, within a radius of 4 kilometers. To ensure the reliability of the operation, DAMM’s base stations working in redundancy mode were used. Thus, in the event of a failure of one of the stations, communication is provided by the second one, and in the event of a power failure, the independent emergency power supply of both stations is activated. A major challenge was to provide communications in tunnels where there is no radio signal coverage from the installed antennas. For this purpose, a solution that uses signal repeaters and a radiating cable were used (the tunnels were wired with nearly one thousand five hundred meters of “leaky feeder”). The emergency power supply allows for more than four hours of operation of the whole system in the event of the main power supply failure. 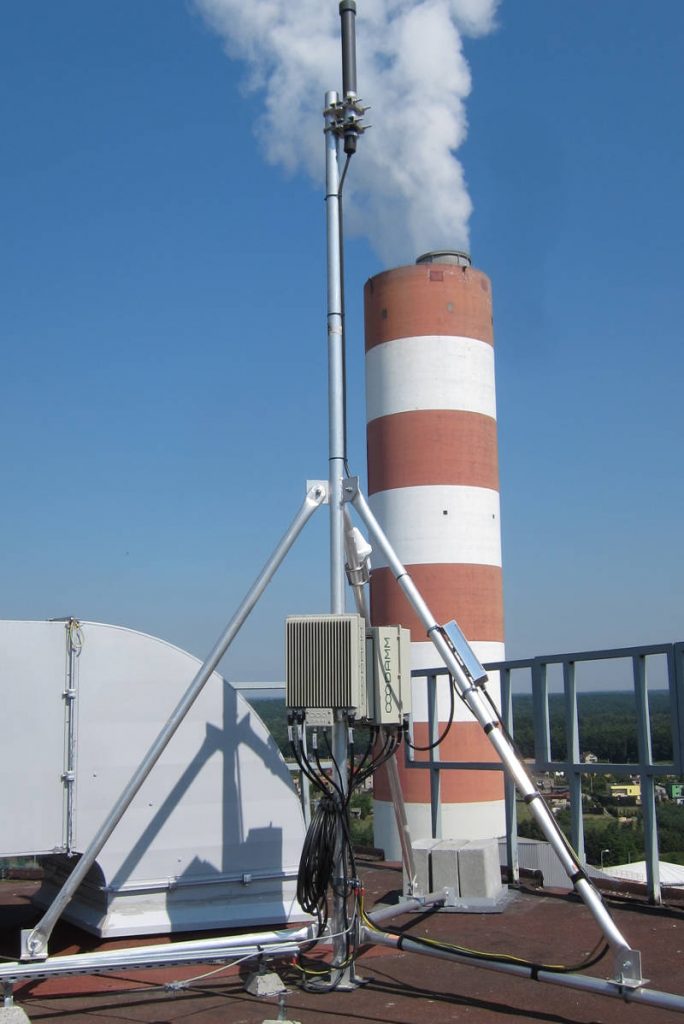 Power plant’s employees have been equipped with more than 150 handheld Airbus THR9Ex series radios, which also work in environments with an explosive atmosphere. These terminals were additionally equipped with audio accessories that facilitate their operation, and elements integrating the radio system with the user location tracking system. Stationary radios have also been installed, and the company’s fire brigade and security service cars have been equipped with mobile radios. 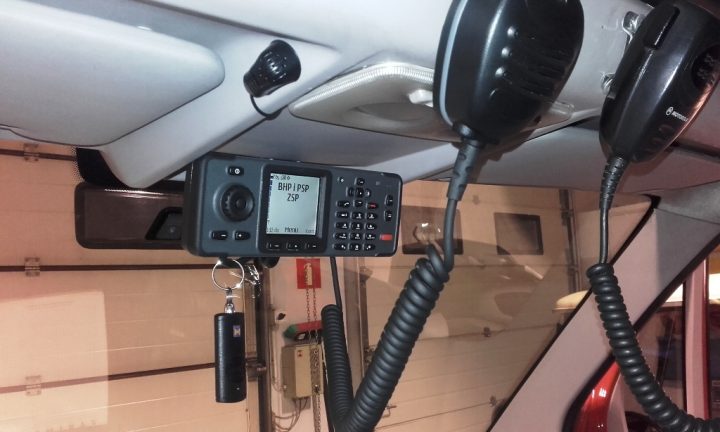 A very important element of the installed system is the infrastructure that allows for locating users not only on the surface – where there is GPS coverage – but also in the tunnels and buildings where GPS usage is not possible. Providing location tracking for users in all expected locations required several hundred location tags to be installed and all handheld radios to be equipped with devices that allow for the integration of the in-building location tracking system with the radio system. It was extremely important to ensure that users were monitored at locations identified as environments with an explosive atmosphere, where the use of intrinsically safe devices certified to comply with the European Union’s ATEX directive was required. It was also important to place all location tags in such a way as to ensure not only the coverage but also the mutual non-interference of these devices.

One of the most important of the implemented elements was the dispatcher system allowing for simultaneous operation of 16 dispatch workstations. It consists of:
•    dispatcher application servers,
•    recorders of the data sent throughout the system,
•    a telecommunications server that allows for TETRA’s integration with the power plant’s telecommunications system and the GSM system,
•    dispatcher application fulfilling all required dispatcher functions,
•    security system consisting of a firewall and a backup system.
The basic and most important requirement for the dispatcher system was to increase the safety of workers and to provide support for the rescue services when a life-threatening situation occurs. For this purpose, the deployed dispatcher application provides the following features:
•    voice communication with all users of radios, dispatchers, and landline and mobile telephone users,
•    sending text messages, statuses, and alerts,
•    redirecting and establishing connections between radio users, landline and mobile telephone users,
•    creating and supporting dynamic group conversations,
•    defining patrol routes of individual radio users,
•    mapping routes taken by users making rounds,
•    monitoring the location of users on the premises of the power plant – both on the surface and in the tunnels and rooms where there is no GPS coverage,
•    integration with the database of all power plant employees,
•    handling of alarms initiated by radiotelephones in life-threatening situations and rapidly locating the worker reporting the alarm,
•    defining and launching the so-called course of action scenarios that automate selected dispatcher tasks, especially in the case of emergency situations,
•    recording, playback of conversations and view all events recorded in the system.
It was the first time when this type of functional scope was implemented in Poland. The system is based on a proprietary, innovative, national solution and the cooperation between RADMOR and NOWATEL. Currently, work related to its maintenance, optimization and adding new features is being carried out. The undoubted advantage of the system is its flexibility, understood as easy adaptation to specific requirements of the customer, which may be a power plant but also a large company for which tracking the location of its employees is essential for security or work organization reasons, and which also finds it important to control the performance of specific processes in the production and service process. Installation and adaptation of the implemented product is undoubtedly cheaper and more functional than that of competitive solutions, as evidenced by the winning tender.